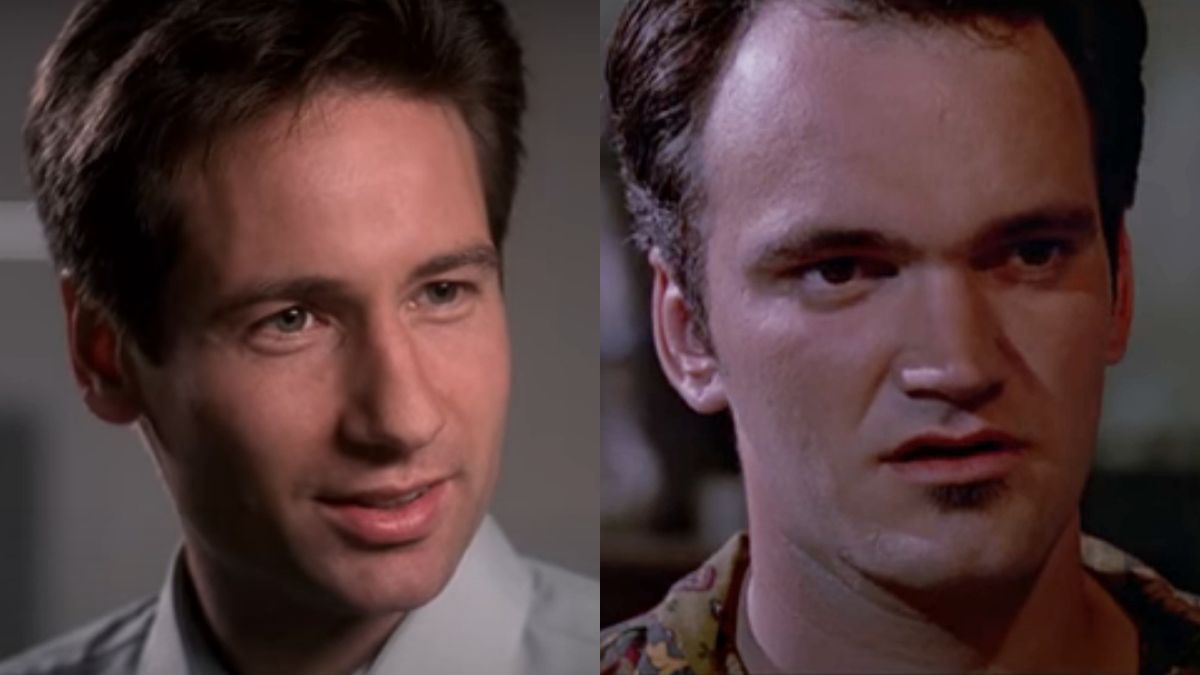 Rejection: it’s something we all have to face up against at some point or another. However, if you get a good story out of the experience, it’s all the more worth it. One such story has recently come to light, as David Duchovny’s press rounds for the Netflix 2023 new movie release You People has led him to tell the story about how the best rejection he’s ever gotten came from director Quentin Tarantino.

This tale came from an audition that Duchovny had done for Tarantino’s 1992 directorial debut Reservoir Dogs. Told during his interview with Collider, The X-Files star revealed the following scenario took place as he threw his hat in the ring:

Admittedly, that is one of the most entertaining rejection stories that has come into being. Leave it to Quentin Tarantino to be able to deliver the news that David Duchovny would not be joining the cast of Reservoir Dogs in such a way that was also positive and pretty funny. It’s a “no,” but it has that Tarantino flair that sounds cool. In other words, it’s something that everyone pretty aspires to hear when they’re given the boot.

David Duchovny landed on his feet not too long after that fateful story. Hitting it big as Fox Mulder on the classic sci-fi TV show The X-Files, 1993 would see the actor launching to meteoric stardom. At the same time, while Duchovny still wound up becoming a big deal, it’s hard not to at least entertain the thought of him running around in the Tarantino-verse.

Mulder’s character especially feels like he’d belong in the world of cool robbers wearing black suits and listening to all the smooth sounds of the ‘70s the radio has to offer. Only instead of participating in the bank heist that Reservoir Dogs never actually shows us, David Duchovny’s conspiracy-fueled FBI agent would probably try to raid Area 51 if given the chance.

Should these two iconoclasts want to still work together, it’s not too late. As “The Last Film by Quentin Tarantino” is lurking in the darkness of the near future, there might be a role somewhere that David Duchovny can finally do what he does best. One thing’s for sure: that mystery movie won’t be a Tarantino biography, which means it’s just as likely that the actor will get to be on the other end of this iconic rejection.

You People welcomes viewers to the family, and Jonah Hill’s interrogation by Eddie Murphy, with open arms on January 27th. Just be sure you have a Netflix subscription before you try to join in on the fun. That’d be the worst rejection of all, given the current scenario.

Kim Kardashian is the New Owner of the Famous Attallah Cross
Wayfair stock climbs after online retailer lays off 1,750 workers
‘Heart goes out to loved ones’ – 10 people killed in gun attack near Los Angeles
Intel shares drop on weak quarterly results and expectations for another quarter of losses
Tory peer joins calls for Nadhim Zahawi to ‘consider his position’ over tax row