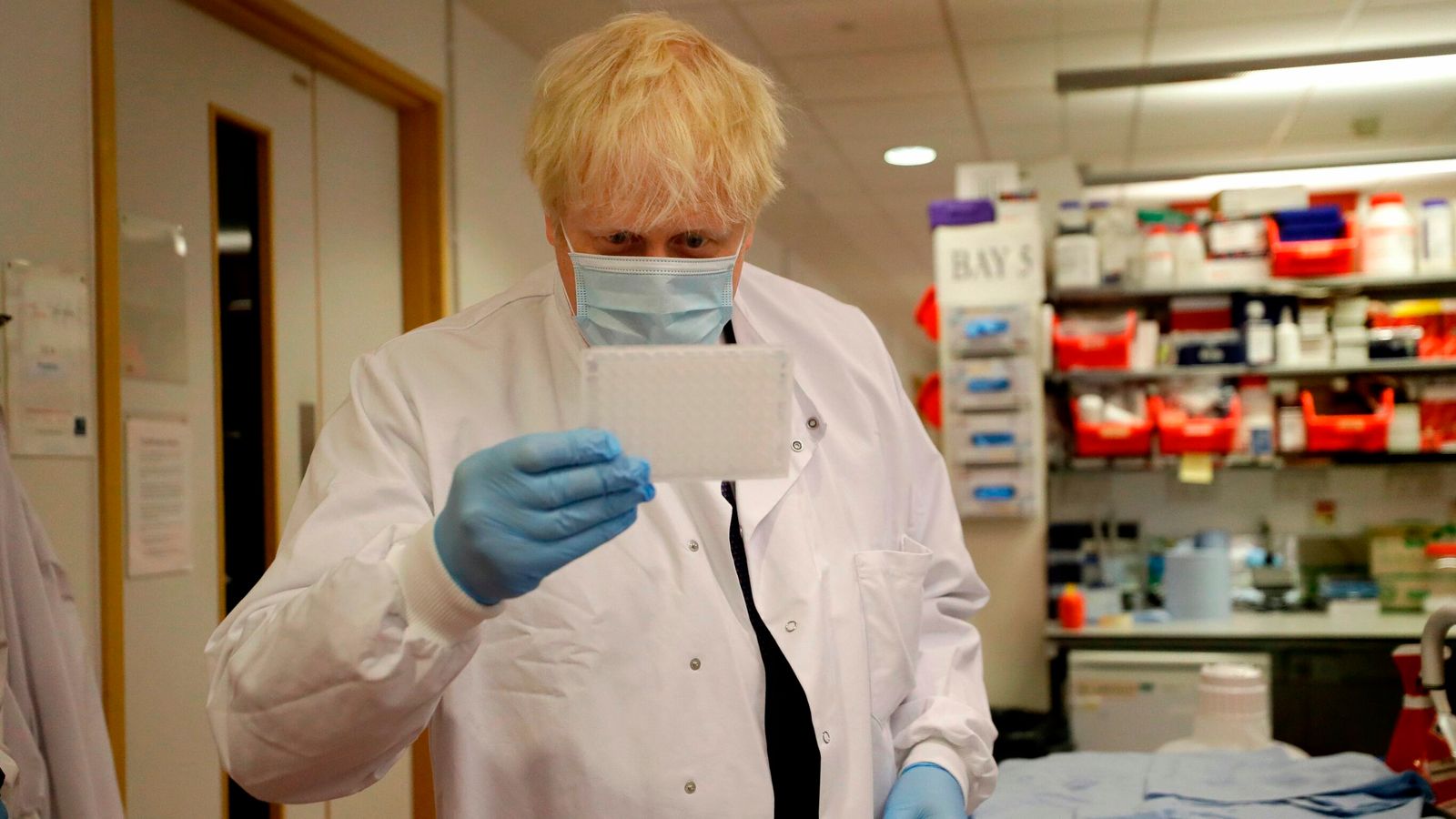 Boris Johnson has suggested the “vast majority” of people most vulnerable to coronavirus could be vaccinated against the disease by Easter.

The prime minister, speaking at a Downing Street news conference, said this “would make a very substantial change” to how the UK is able to manage COVID-19.

With Oxford University’s vaccine shown to be up to 90% effective, Mr Johnson said the roll-out of the jab “at a good lick” – perhaps also in combination with two other vaccines developed by Pfizer/BioNTech and Moderna – then the UK “should be able to inoculate… the vast majority of people who need the most protection by Easter”.

“That would make a very substantial change to where we are at the moment,” he added.

“I don’t want to give any more hostages to fortune than that, but that’s the best information we have.”

However, the prime minister warned the UK is “not out of the woods yet” and warned the coming months “will be hard, they will be cold, they include January and February when the NHS is under its greatest pressure”.

He vowed to “continue to bear down hard” on COVID and said now was “not the moment to let the virus rip for the sake of Christmas parties”.

The prime minister, following talks with the devolved administrations in Scotland, Wales and Northern Ireland, is later this week expected to set out how families might be able to gather over the festive period.

Earlier, Mr Johnson had set out to the House of Commons how a new “tougher” three-tiered system of restrictions – to be put in place until the end of March – would replace England’s current national lockdown from 2 December.

Liv Tyler Says She Was Physically and Emotionally Tormented by COVID
On the Radar: Toot! Toot! Jim Stringer is back!
Some restrictions could go by March and vaccine should be offered to every adult by September
H&M is Teaming Up With Simone Rocha For Its Latest Designer Collab
Dr. Dre Back in the Studio After Hospital Release, Brain Aneurysm