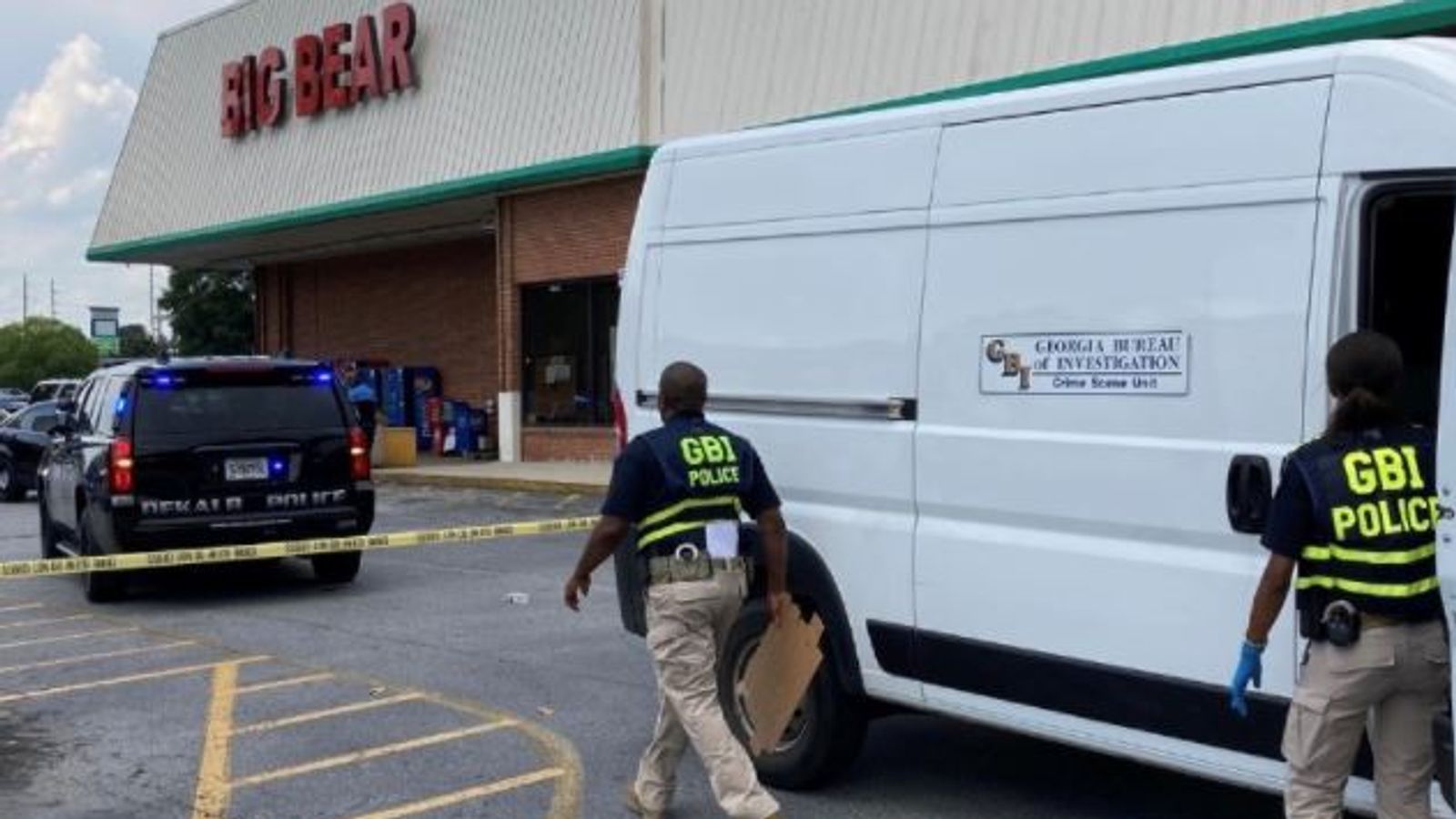 A supermarket worker has been killed and three other people injured after she was shot by a customer following an argument about face masks.

The shooting happened in the Big Bear Supermarket in Decatur, DeKalb County, about seven miles east of central Atlanta on Monday afternoon.

The shooter, identified by police as Victor Lee Tucker Jr, 30, of Palmetto, Georgia, had argued with the cashier before leaving the shop without buying anything.

He then returned to the store, walked up to the cashier, pulled out a handgun and shot her, the Georgia Bureau of Investigation said.

DeKalb County Sheriff Melody Maddox said: “There was some confrontation, argument – I’m not sure exactly what – in reference to the wearing of masks, at which time the subject pulled out a weapon and shot the cashier.”

She added: “It was over a mask. I don’t know if they were wearing, or not wearing.

The cashier died in hospital.

The supermarket’s security guard, who is also a reserve sheriff’s deputy, opened fire on Tucker, who shot back.

Both men were injured.

Tucker tried to crawl out of the supermarket’s front door but was stopped and arrested by police, the GBI said.

He and the security guard, who had been wearing a bulletproof vest, are both in stable condition at different hospitals.

A second supermarket worker was grazed by a bullet and was treated at the scene.

Businesses in the US state can ask customers to wear a face covering to limit the spread of COVID-19 but they are not allowed to require them to do so.

The rules were brought in under executive orders issued by Republican governor Brian Kemp.

The shooting in Georgia is not the first time that arguments over mask-wearing have turned violent.

One of the other incidents was in Lansing, Michigan, in July last year, when Sean Ruis, 43, stabbed a 77-year-old man who had challenged him because he was not wearing a mask in a shop.

Ruis was later shot and killed by police.

A security guard at a shop in Flint, Michigan, was shot and killed a few months earlier after denying entry to a customer who was not wearing a mask.

At the time, face masks were mandatory in Michigan’s shops.